In Mobile Disco er employed a male DJ to perform in an empty gallery for the duration of his set. He is filmed stationed behind his deck, choreographing disco lights and dry ice, wooing the non- existent audience with his between-song chat and his calls for requests.

This is the glamour of the super-star DJ turned on its head, the mechanics of commodified entertainment laid bare. Exploiting the prevailing appetite for voyeuristic reality television shows, Mobile Disco explores the artists’ own squeamish fascination with popular forms of entertainment which test the bounds of human endurance and exploitation.

As they are interested in the specificity of this experience, they film a local DJ playing his or her set in the empty gallery space. This is filmed preceding the opening of the show and projected in the same gallery space during the exhibition. 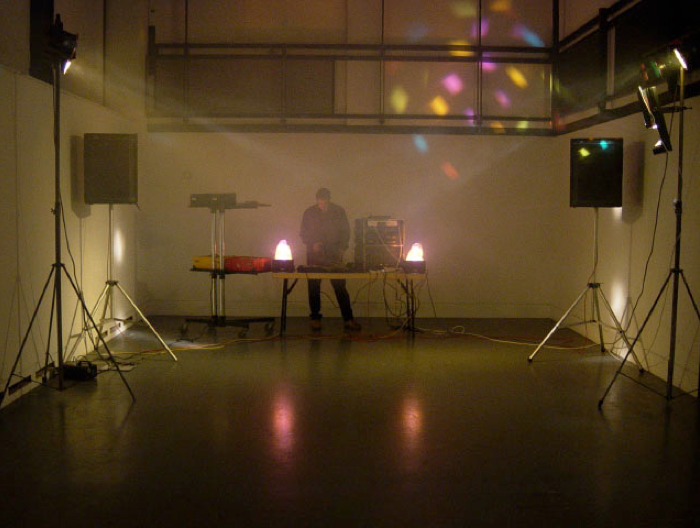 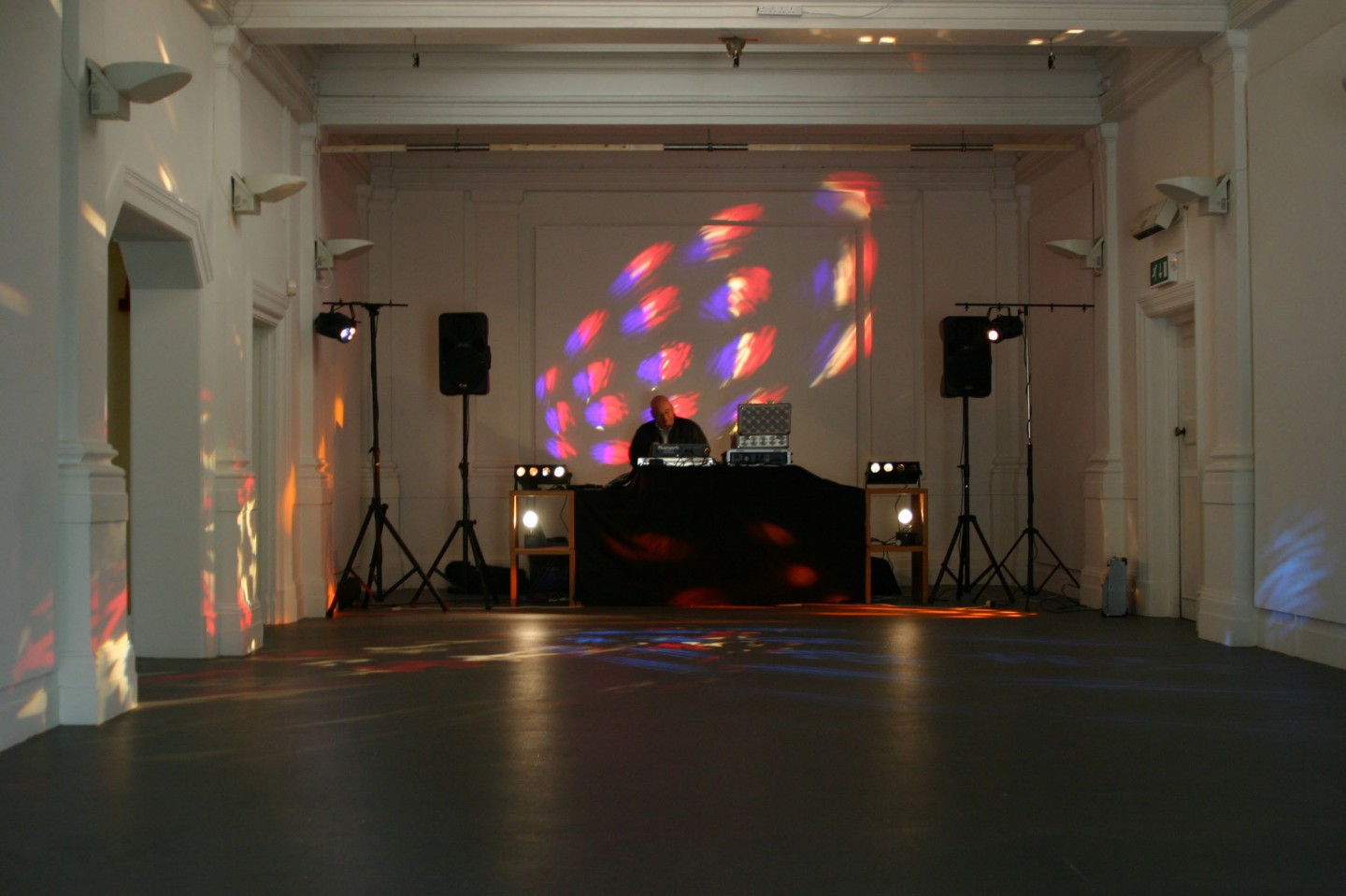 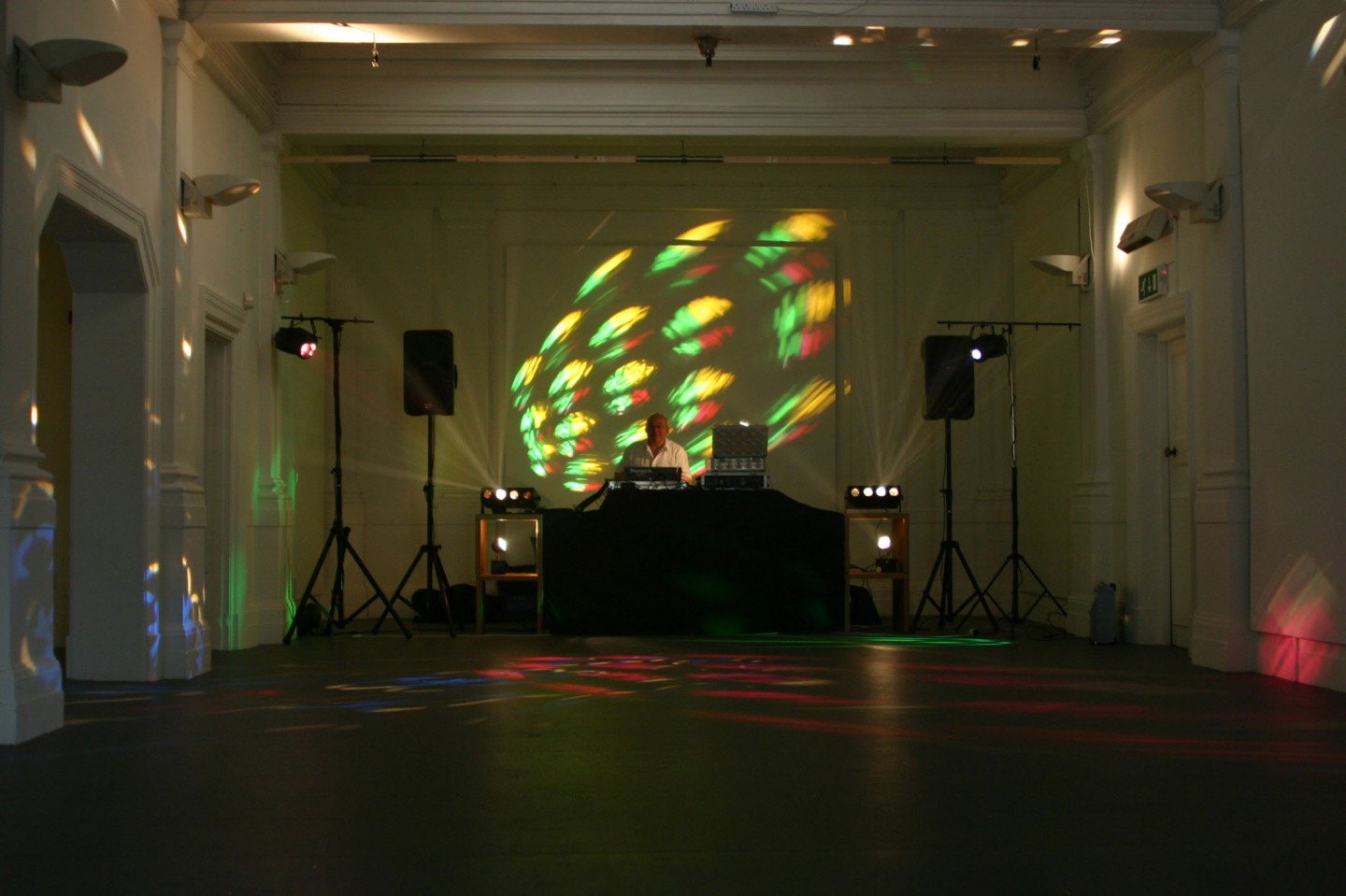 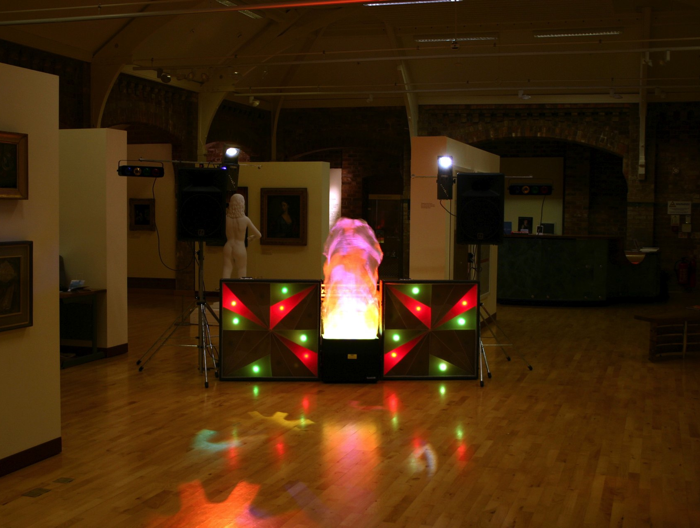 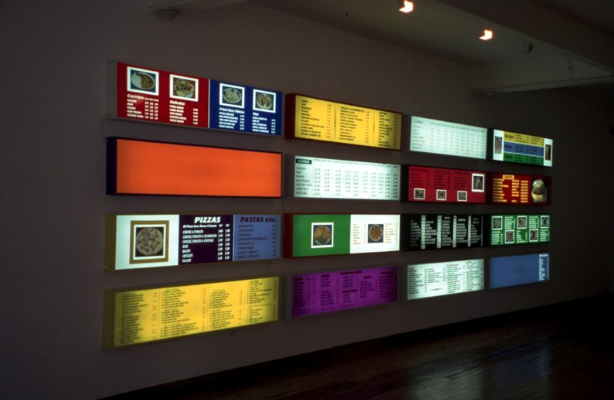